Find out more about us!

Oregon Trail Remodeling was founded by Jeremy Parsons and Marc Lisak in 2009 bringing together the business experience and construction expertise of both men. Their objective in forming the company was to provide quality construction at reasonable prices while meeting the requirements of their clients. They focus their efforts on making clients happy by providing very high quality at reasonable prices and they keep the lines of communication open with their clients through the entire construction process. 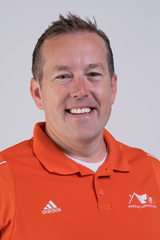 Jeremy is the senior age partner at Oregon Trail.  Born in 1975, he is a graduate from West Linn High School in 1993 and has a degree in Business Management from Brigham Young University in Provo, Utah. He has been a business owner in food and other service businesses before settling into the construction and remodeling field. He began his own remodeling business in 2002 and joined forces with Marc Lisak in 2009 to form Oregon Trail Remodeling. Jeremy brings a good background in construction knowledge from electrical to finish carpentry. Jeremy's philosophy is that a construction business will flourish when customers and contractor openly communicate and have a common expectation about the job, timetable, and cost. Oregon Trail has adopted this philosophy and we strive to avoid surprises while keeping the costs down wherever possible and the quality high. Jeremy does his best to answer his phone or to return calls quickly when a customer calls to for an update, which is rare in the remodeling construction field. Jeremy has always enjoyed working with a variety of people and loves to watch customers' reactions as their vision becomes reality through the various stages of construction. When Jeremy is not spending time with his wife Debbie and their five kids that range in age from pre-schooler to College.  Jeremy enjoys local and international travel, snow skiing and golf.  If you get a chance to talk about sports card, autographs and collectibles, you will find out that he has an extensive collection worth seeing. 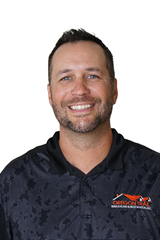 Marc was born and raised in Boring, Oregon with his parents and two older sisters. He was raised around construction from the time he was able to lift a hammer assisting his father in the construction of a 2600 SF log cabin. Marc and his wife, Laura, have four kids, three girls and a boy. They lived in Gresham, Oregon from 2000-2011 before moving to San Diego in 2011. He is a huge soccer fan and player and he also volunteered as a coach with Eastside United Soccer Club and Carlsbad Lightning. He has played soccer from the age of 4 all the way through college, and also in a few adult leagues in Portland, Oregon. Marc enjoys traveling to tropical places, spending time with his family, and being involved with his church group. After attending Mt Hood Community College and Northwest College, he went right into banking. Marc quickly worked his way up in the banking business with one of the largest regional banks in the country and he became one of the youngest bank managers in the state of Oregon. In 2007 he had an opportunity to take another career path as the Director of Marketing and Sales for a large remodeling company in Portland, Oregon before starting Oregon Trail Remodeling with Jeremy Parsons. Jeremy and Marc created Oregon Trail Remodeling in the Spring of 2009 and have based their business on creating brand loyalty with their customers. 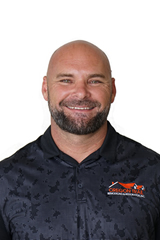 Kornel was born and raised in North County San Diego and currently resides in Vista. He is married to Kayla and they have two beautiful children together. Kornel got his first construction job working part time when he was 14 years old. Being home schooled he was able to work 2 days per week and then 3 days a week going through college. Getting such an early start in the trades, Kornel got his painting contractors license at just 22 years old. Kornel has years of experience painting residential interiors and exteriors, commercial interiors and exteriors, and custom finishes on cabinets and fine wall finishes. After 12 years of running his own painting company with over 10 employees, he was ready for a change. Kornel joined Oregon Trail Remodeling and Restoration in 2015 as a project manager, and brought his painting expertise, leadership experience, and integrity to OTR. When Kornel is not on the job sites he enjoys Olympic Weight Lifting, Coaching Crossfit, and traveling with his family to Big Bear. 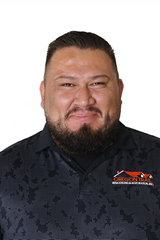 Michael was born and raised in San Diego, California and currently resides in Escondido. He graduated from Mission Hills High School & attended Palomar College in San Marcos, CA. From a young age, he has been in and around construction as his father has been in the industry for 30+ years. While in school he was working weekends & summer vacations in several trades from Demolition, Flooring, Carpentry to Drywall & Painting. Even taking on his personal home remodel at the young age of 24. Michael has carried his strong work ethic instilled from a young age into his work. Since graduating Michael joined the automotive service field of work starting from the bottom & working his way up. Through hard work and perseverance Michael became one of the top ranked Automotive Service Consultants in the country. Now with Oregon Trail Remodeling he is bringing his leadership, honesty & customer service skills to the construction field. Priding himself in providing all of his clients with the best home remodel possible, as well as great experience along the way. When away from work he enjoys spending quality time with his fiancé & young daughter. 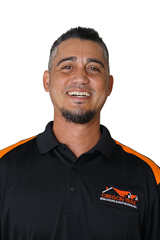 AJ is a third generation San Diego native whose Grandfather played in summer baseball league for the San Diego Padres in the 1930’s, where his claim to fame was shagging balls for Ted Williams at Hoover High and playing against Ray Boone. AJ grew up in Solana Beach graduating from Torrey Pines High School and then Palomar College. He started applying his strong work ethic as a teenager entering the construction world through early high school and through college. He’s worked many trades in the construction field, from painting, demo, mason work, and framing. After college he worked as a Foreman for a local investment company remodeling homes to put on the market. AJ left the construction field during the recession and switched to work in the Hospitality field. He quickly was promoted to management because his utilization of communication skills, service above self, management ability, and work ethic. After 11 years as a manager he joined the OTR management team in early 2018. Now with OTR, AJ is utilizing his individual talents to represent OTR in all its' elements. When He’s not working, you can find AJ spending time with his wife, Jessica, his daughter, Adriana and his son, JoJo. If he’s not enjoying a nice walk on the beach with his wife, or coaching softball with his daughter, you can find him at a local lake or beach teaching JoJo how to fish. AJ is dedicated to the community-bringing together young and old in a bond of respect of family and friends, to celebrate life in America’s Finest City. 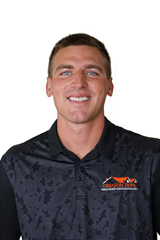 Nick is originally from the east coast, and grew up in New Hampshire. He moved to Southern California with his family in 2018 to see the world and experience what this side of the country has to offer. He has worked for Oregon Trail since he moved here, and currently lives in Oceanside. It’s safe to say after experiencing how great the west coast is, he is here to stay for good. Nick has worked in construction since he was 14 years old. He is an extremely hard worker with a great work ethic. He takes great pride in his passion for the industry, great attention to detail, and years of experience. In New Hampshire, he learned countless skills throughout the years, which helped grow his career. Since moving here, he has only grown his skill set more as well as quickly and easily adapted to new skills here. When Nick is not working, you can find him surfing, golfing, or on the beach with his wife and dogs.